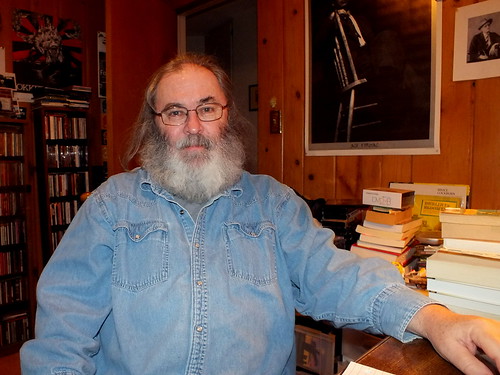 It is 9:46 AM Tuesday morning in the ice flow. It has been snowing off and on this morning. It is suppose to be bitter cold all week here by Lake Michigan. Carol and I are sick of winter! This winter weather makes one sick. So here I sit coming to grips with another day of life. Life could not be any better. The Bible tells us to Rejoice always. What does it mean to rejoice? I rarely use the word rejoice. I think I go by feelings too much and not blind obedience.

I got up this morning around 6:55 AM. I got up because I was having weird dreams. I got up made a pot of coffee and then messed with our main computer.

I picked up my wife when she got out of work around 9 o'clock AM. She has gone to bed for the day. Now the house is quiet. My wife is a talker and I am not. I do talk but not all the time. My wife talks all the time. I never realized how much my wife talks until lately. Our oldest son is a talker. I am a quiet person. I do not have much to talk about that is super important. I rather write than talk.

When we got home this morning I cooked myself breakfast and then cleaned the kitchen. I then wrote for a second time in my paper diary. I got out these books to read this morning if I can stay on track.

"Prepared By Grace, For Grace: The Puritans on God's Ordinary Way of Leading Sinners to Christ" by Joel R. Beeke & Paul M. Smalley

Well I suppose I will close to drift through this day.

It is 1:16 PM Tuesday afternoon. Yesterday while my wife and I were having lunch at one of our favorite restaurants she asked me how many Bibles did I have? I do not know the exact number of Bibles I have in my library. The reason I mention this is because last night I was wondering why I kept the two Bibles my Grandfather gave me back in the early 1960's. What I mean is that over all these years I have still in my possession two Bibles given to me by my Grandfather.

When my mother was killed in a car wreck in December 1968 we were living in Los Angles California. It is a long story but I only want to mention that when my brother Mike and I went to live with my Aunt in the San Francisco area I took the Bibles given to me by my Grandfather. Why did I take with me these Bibles and left a ton of stuff in the duplex we had been living in when my mother was killed? I should here explain that when my mother died my Aunt Billie Cook flew down to Los Angles to bring my brother Mike and m to go live with her and her three sons. My Aunt was extremely poor and told me that would could not bring anything with me but what could be taken onto a airplane. To be honest I do not remember about those days since I was in a state of profound grief in losing my mother through a terrible death. But somehow I took with me the Bibles given to me by my Grandfather. I think my mother had a Bible, but why did I leave her Bible and take my two? I left a ton of stuff in that duplex that we lived in that I wish I had today like photos of my mother, letters etc. . . We left everything because my Aunt did not have money to have any of it shipped to her place. I do remember telling a woman that lived across from us to take whatever she wanted of my mother clothes etc. . . The woman I remember was divorced and had one small child. My mother was a clothes hound. My mother loved clothes and shoes. Some men saw my mother as being attractive. I do not know if my mother was a pretty woman. When she died she was in her early 30's divorced with five kids. She had been married twice maybe three times and divorced two times maybe three times. I never really knew my mother meaning never had a close relationship with her. I was only 16 years old when she died. I was the oldest of five siblings. I never knew who my father was.

But going back to those two Bibles I kept with me. I must have been religious child. I remember reading those Bibles growing up. Maybe back in those days the Bible was still read even if people were not church goers or even professing Christians. My mother was not a Christian. Nobody in my family profess to be Christians. None of my brothers or sisters are Christians today. I grew up among ungodly worldly people. I was exposed to Christianity by watching television on Sundays growing up.

I have written in my King James Bible in the section Deaths "James L. Beatty (Grandfather) May 13 Fri. 1968 Father of Val Beatty, mother of John R. Keen sign 1968. I also have a clipping announcing my my mother's death in a car wreck "Crash Fatal For Woman" Saturday, Dec. 21, 1968

"Presented To Johnny Ray by His Grandfather on Christmas 1963" (Grandpa died May 13, 1968) Revised Standard Version

When I first became a Christian August 1970 Richmond California I used that Revised Standard Version of the Bible given to me by my Grandfather. I do not know how long I used this Bible.

So I was wondering last night if I have been a Christian longer than I think. Maybe the Lord saved me when I was a child. I have always believed in God but did not know who He was till He revealed Himself to be the Lord Jesus Christ the Son of God Second Person of Trinity during the Summer of 1970.

Maybe the death of my mother was used by God to prepare me for salvation in the Lord Jesus Christ. 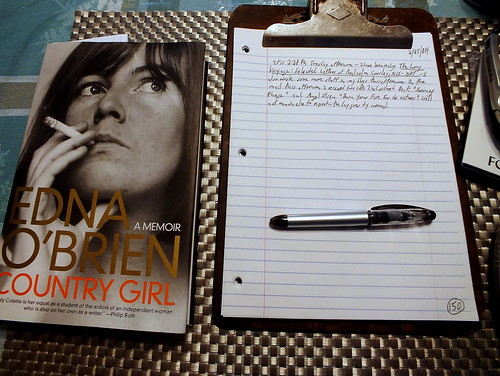 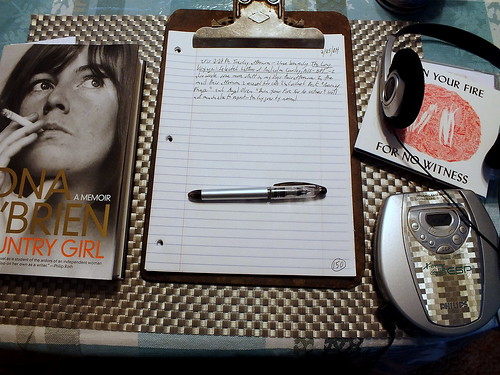