It is 1:16 PM Friday afternoon in the flow of existence. It is a cold gray day.

I have thus far a normal day. I got up this morning around 6:30 AM. My wife was already up when I got up. She had gotten up around 4:30 AM this morning.

Today I have been mainly writing in my paper diary and reading a book titled, "Paul and the Early Jewish Encounter with Deuteronomy" by David Lincicum. Carol is taking a nap and I just made a fresh pot of coffee. I am tired, but that is normal for me.

"Then secondly, Baxter was an author. He wrote a great many books. Some are great classics and are still in print: The Saint's Everlasting Rest, A Call to the Unconverted, The Reformed Pastor, and Reliquiae Baxterianae, which consists of his posthumous autobiography and diary of his own times similar in some ways to Samuel Pepys' Diary and that of John Evelyn. His unique Christian Directory of 1673 ran to no less than one million words on the theme of the Christian life and the Christian's conduct. Stuart Owen writes like this: 'Richard Baxter was the most prolific writer of his time. His total literary output would be equivalent to 60 octavo volumes or some 30-40 thousand closely printed pages.' I recall that Baxter is somewhere said to have written over twice as many works as John Owen, and Owen wrote 16 volumes of divinity, together with a volume of Latin works and orations, and in addition several volumes of detailed commentary on the Epistle to the Hebrews. But Richard Baxter wrote approximately twice as much as Owen! So that gives some impression of the voluminous and prolific output of Baxter and his extraordinary diligence, especially bearing in mind that he was a man subject to constant pain, sickness and disability. It is therefore all the more a tribute to the grace of God in him and to his zeal to promote the truth of God." Maurice Roberts a quote from Roberts article in The Banner of Truth titled "Richard Baxter and His Gospel"

Yesterday I was down in the lower level writing on my lap top and I heard a bluejay making a distress bird call which told me there was a hawk near by. I went upstairs and looked out my study window and saw our cooper's hawk across the way in our neighbor's giant oak tree eating it's prey. I took some pictures of the cooper's hawk eating his prey. I think the hawk was eating a mole. 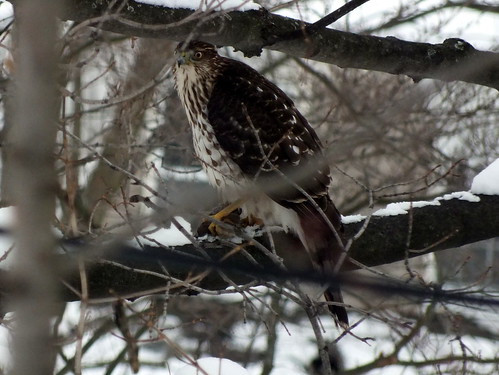 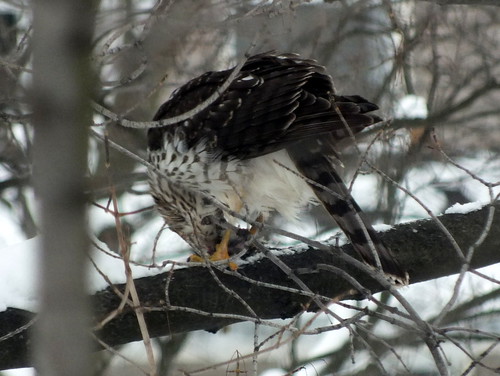 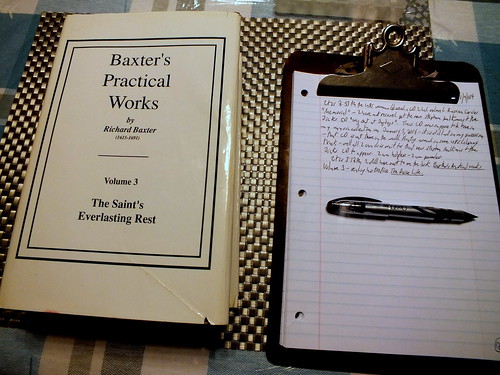 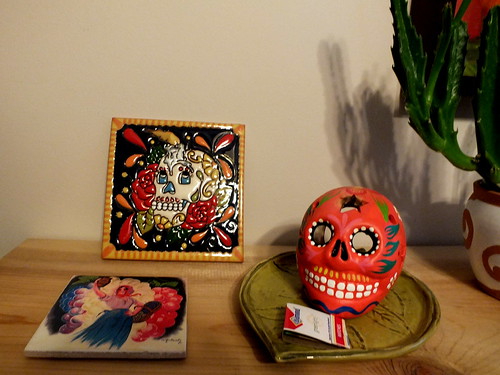 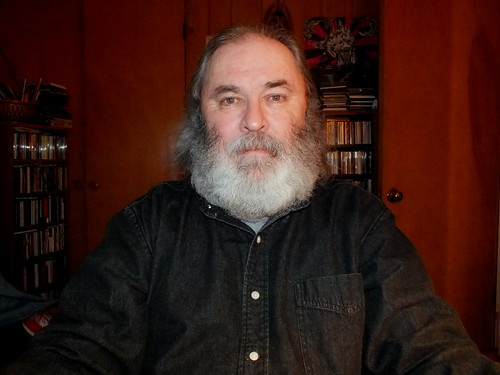